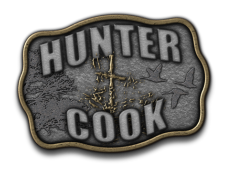 Now 20 years old Hunter Cook looking back!!
Shortly before his 16th birthday Hunter Cook was sitting around a campfire singing one night and enjoyed it so much that when a friend asked him to enter the local 4H talent competition with him the next day and sing while he played guitar he said sure! He won the competition!!
That  was August 2011. The following April he won "Titusville Live" at Pitt Campus in Titusville PA.  Shortly there after he tried out for "The Rocket To The Stars" in New Castle PA where as a top finalist performed in front of over 40,000 people and on live radio.
He then went on to compete in "The Texaco Country Showdown" two years in a row and went on to state levels in Hershey PA and New Jersey. "The Taste OF Talent " in Franklin PA he won the title and in Oct 2012 went to Nashville to the ICM Awards (Inspirational Country Music ) to compete and win their talent competition along with a recording contract.
He began working with and touring some with Tommy Brandt of "Beyond The Music Promotions" 2013 his senior year. Tommy mentored and produced Hunter's first cd "What A Cowboy Does" with many talented writers of Nashville including Becky Hobbs, Cory Barker ,Tommy Brandt, Richard Fagan, ect... and of course Hunter. His first self penned song "PRAY" and first radio release went to #3 on the Inspirational charts in Nashville. Hunter won numerous awards for Youth in Music and Male Artist in Texas, Missouri and Nashville.
Then Hunter was contacted by one of the judges from his Nashville competition "Jim Peterik" 4 time Grammy winner, singer, songwriter, musician , founder of the bands "The Ides Of March" and "Survivor". Writer of "THE EYE OF THE TIGER" . Jim wanted to fly Hunter to Chicago his home to record songs he had wrote for him to recorded. He said he just saw something special in him as a artist that he couldn't just leave pass by! They worked together on songs as well and produced Hunter's 2nd cd "BORN FOR THIS" with  both of their handy work as well as Nashville's very own Joie Scott, Keith Burns (Trick Pony) and Jack Blades (Night Ranger). They went on to do a small  duet project with a female artist from Chicago which they were know as "WILD AND RECKLESS". They are presently working on album #3 hoping to be done by fall 2016.
Hunter has performed in many Nashville venues including The Wild Horse Saloon, The Listening Room, Tootsies, The Sutler, Bel Court Taps, The Alley Taps, CMA FEST 2016 . The newest project in the process is his new band THE HUNTER COOK BAND that has been working together since about May. We have one terrific group here! Very Talented Artists- Musicians in which we were not afraid to take to CMA FEST this year! Our goal is to be the Top Premiere  band in Western PENNSYLVANIA  by the end of this year and Climbing way beyond that ! We are on the RISE and won't stop till we reach the Top In MUSIC CITY!!!
So, for those who are still asking “Just WHO IS HUNTER COOK?” perhaps a little Q&A is in order:

Q. Hunter, tell us a little bit about who you were before music took the spotlight.

Hunter: I am a country boy at heart right down to the bone. I love the outdoors anything from hunting ducks in Lake Erie to Deer and small game hunting. There's nothing like being out and one with the wilderness. I also am a fisherman and love to camp outdoors.

Q: What role has 4-H played in your life to date?

Hunter: I belong to our local 4H Club "The Ruff Riders" and I have my own horse. His name is "Rebel". I also show a pig every year at the fair, which is pretty cool. Oh, and I do a little bull riding at a local rodeo which is a lot of fun!

Q: So you are a real outdoorsman?

Hunter: I like getting down to nature! We live on 50 acres of land with 3 horses in the pasture, a big ole hay field and lots of woods.

Q: So I’m guessing you are a pick-up man?

Hunter: Absolutely, that Dodge Ram/Farmers commercial at the Super Bowl this year did my heart good! I would take a pickup truck over a sports car any day.

Q: So you like to keep it simple, huh?

Hunter: Oh, yeah, I am pretty simple. My favorite foods would be Cheese Doritos, Peanut Butter and Honey Sandwiches and a big ole jar of Sweet Tea!

Q. Want to volunteer a bit more information about yourself?

Hunter: Well, my favorite number is 17, and of course favorite music is COUNTRY MUSIC! My favorite color is Duck Blind Mossy Oak and Brown.

Q: What extracurricular activities are you involved in at school?

Hunter: I am a junior at Rocky Grove Jr./Sr. High School in Franklin Pennsylvania and a student at Venango County Technical School in Oil City, Pennsylvania in the Machine Tool Technology, as well.

I am also a varsity wrestler with the Franklin Knights wrestling squad. I wrestle in the 132 lb. class, and have wrestled since I was in the 2nd grade. I like singing the National Anthem for our wrestling match, then going out to wrestle!

Q: What do you see in your future?

Hunter: I would like to go to college after graduating from high school next year to study music and ministry at Belmont College in Nashville TN. I hope to have a long and exciting career in the music business.

I've had the opportunity this past year to do numerous shows at a surprisingly large number of venues. One highlight was opening for Billy Crash Craddock! It
Powered by